The circumstances surrounding the birth of the Polish state have been a source of fascination for a long time. Currently there are a number of research projects, conferences and individual studies that are looking at this issue in an interdisciplinary way. However, there are still many questions.

The book The Dawn of the Polish State, both to professionals and to the wider audience, shows a colourful picture of the past from a thousand years ago, but also illustrates the contribution of archaeology to the exploration of the roots of the state, Poland and Poles. 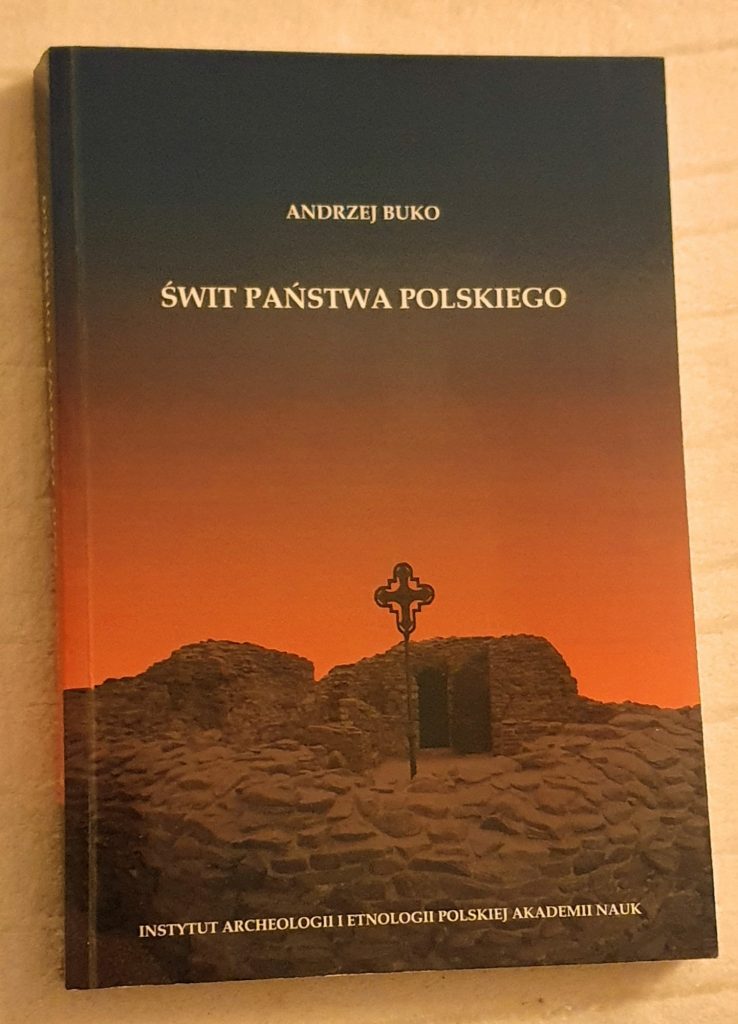 The events of the dawn of the Polish state, as recorded by a range of chroniclers, convey the figure of Mieszko I as a leader fighting alongside his brothers, with varying fortune, on the western borderlands of the state then emerging. Only one of those brothers is known by name – Czcibor – whereas about the other, we know only that he died during a clash with Wichman, the exiled German graf. The few and laconic written sources we have do, however, bear witness to a dynasty that in only just a few years – most probably between 962 and 966 – expanded its realm from virtual non-existence into organizational and territorial greatness.

Written sources created a convenient basis for attempts to highlight the circumstances of the creation of the state and the Piast dynasty. Special interest was aroused by the leader and the family leadership group, who managed to build and consolidate the territorial state in a surprisingly short time, which was recorded before the end of the 10th century in written sources under the Latin name Civitas Schinesghe (state of Gniezno). It appears on the Central European scene suddenly and, at the same time, rather late, only at the threshold of the 60s of the 10th century. Probably for this reason it was questioned whether the authors of such successes could have been Slavic leaders, known for their lack of taste for war. The program of excavation works related to the upcoming millennium jubilee of the Polish state, initiated after the Second World War, was a breakthrough for the progress of research in this matter. The study was accompanied by numerous publications, issued mostly by historians.

Archaeology and the beginning of the Polish state

Recent years have provided examples of studies that are the result of individual research, conferences and ongoing research programs. They are based on the issue of the beginnings of statehood in the context of interdisciplinary research. But they lack the chronology of events, during the time and mechanisms of the transformation of the Greater Poland core into a territorial Piast state encompassing other regions of the country. This applies, inter alia, to the role played in state formation by the territories of eastern Mazovia or south-eastern Lesser Poland. What does modern archaeology tell us about these matters? To what degree can the discoveries made in various regions of Polish lands be acknowledged as sufficient? These are but some of the many questions that the author shall try to answer within the pages of this monograph. The material basis of the book are things – understood as material evidence of those times discovered during archaeological research. These are both small finds, such as ornaments, coin treasures, military or everyday objects, and structural ones – such as houses, castles or cemeteries.

From the 9th century to the beginning of the Piast state

The monograph consists of eight chapters and covers selected issues from the history of the Polish lands in the period between the second half of the 9th and the first half of the 11th century. It was a time associated with the processes of the centralization of power and the formation of the first Piast state.  At the beginning of the monograph a panorama of the transformations taking place since the 9th century in our neighbours’ and in Polish lands is presented. In the following chapters, key discoveries related to settlement changes in the regions and the emergence of the Piast state are presented. An important part is played by the issues relating to the beginnings of Christianity in Poland and the people of that time.

The book is available for sale in the shop of the Polish History Museum and from the beginning of October in the bookshop of the Institute of Archaeology and Ethnology of the Polish Academy of Sciences.

This article may be freely reprinted without photographs, with reference to the source

Author: Andrzej Buko – professor, medievalist, expert in medieval archaeology. In the years 2007-2015 director of IAE PAN. Author of numerous publications, among others on the cemetery in Bodzia and the stone tower in Stolpie.