Living conditions in the Late Medieval and Modern Period Main City in Gdańsk can be reconstructed by studying its material culture. For this reason, archaeologists from the University of Warsaw will analyse and publish results of archaeological and architectural investigation conducted in Powroźnicza Street. So far it has been one of the biggest explored areas, and it is situated almost in the centre of the old town.

END_OF_DOCUMENT_TOKEN_TO_BE_REPLACED

Expedition from the Faculty of Archaeology of the University of Warsaw, headed by Professor Bartosz Kontny, conducted underwater archaeological exploration in Lake Hammersø from 6th to 13th September 2021. This work was a continuation of exploration of the biggest glacial lake on Bornholm. The season of 2021 brought a discovery of another group of medieval artefacts. Fragments of weapons from Lake Hammersø are particularly interesting items.

END_OF_DOCUMENT_TOKEN_TO_BE_REPLACED

The area of the south-eastern shores of the Baltic Sea was in prehistory and is still today an area abundant in deposits of raw amber, as indicated, among other things, by the numerous Late Neolithic (3rd millennium BC) amber workshops and amber ornaments found on archaeological sites located in the Vistula Fens, south of the Gulf of Gdańsk. Therefore, it is puzzling that relatively few finished amber ornaments come from both these areas and the nearby region of north-eastern Poland. Among the few contemporary known ornaments are those from sites: Ząbie 10, Supraśl 3 and Supraśl 6, which are unique in this part of the prehistoric world. The selected artifacts were thus subjected to stylistic and technological analysis in order to determine where they were made, also taking into account the type of raw material used. The research showed that although the amber ornaments were most likely produced from material extracted in the south-eastern Baltic coastal zone (succinite, gedanite and gedano-succinite), they have no direct analogues there.

END_OF_DOCUMENT_TOKEN_TO_BE_REPLACED

Innovative approach to archaeological research of the Polish Centre of Mediterranean Archaeology UW appreciated by the European Research Council.

Artur Obłuski, head of the ERC Starting Grant UMMA project implemented at the Polish Centre of Mediterranean Archaeology of the University of Warsaw, is one of 3 finalists for the European Research Council’s Public Engagement with Research Award in the INSPIRE category. The award is granted to ERC grant winners who have demonstrated excellence in engaging with communities beyond the world of science during their projects.

There is also a public vote award in the prize pot, which will be decided by social media voting – this will run until the day of the ceremony scheduled for 14 July. The ERC grantee receiving the most votes will be acknowledged with a ‘special mention’ of the public at the award ceremony when the three winners will also be announced. You can help the project to win!

END_OF_DOCUMENT_TOKEN_TO_BE_REPLACED

Previous to the project IMAGMA, the widely accepted dating of the emergence of Early Germanic coinage was the late-fifth and sixth centuries, the time when Germanic communities established themselves on the territory of the Western Roman Empire. This view has now been fully invalidated by a ground-breaking discovery: the first Germanic coinage in fact dates at least two hundred years early, to the second half of the third century, and has its origins in what is now western Ukraine.

END_OF_DOCUMENT_TOKEN_TO_BE_REPLACED 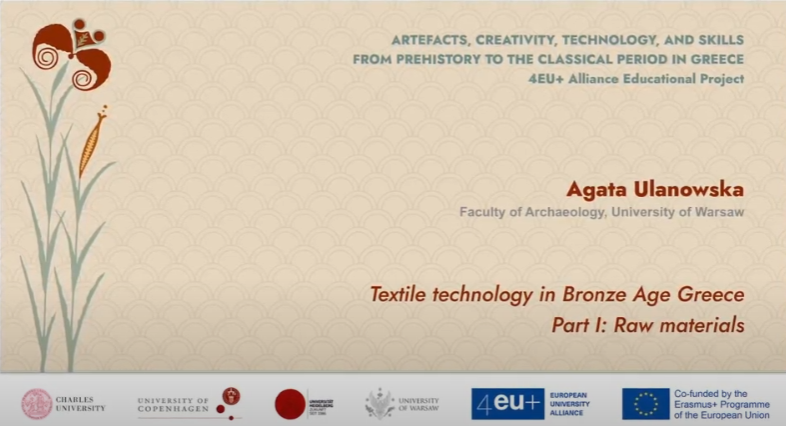 We are excited to share the first in a series of videos about textiles and textile production in Bronze Age Greece. These videos are made for the educational project ‘Artefacts, Creativity, Technology, and Skills from Prehistory to the Classical Period in Greece. Communities of Learning in the Past and in Higher Education Today’ (ACTS) funded by the 4EU+ Alliance and the Erasmus+ programme.

END_OF_DOCUMENT_TOKEN_TO_BE_REPLACED

In the spring of last year, the media around the world circulated sensational information about the discovery of a fetus in a female mummy held at the National Museum in Warsaw. The authors of this discovery, from the Warsaw Mummy Project team, found that the woman died in the 26th–30th gestational week, i.e. at the beginning of the third trimester, and the fetus was not pulled out during embalming – contrary to the treatment of the viscera of the female, which were removed through an incision in the lower part of the abdomen. They also observed that the mummified fetus had broken bones (not shown on the published radiograph) and was found in two parts, which was interpreted as the result of the postmortem fracture of the female pelvis.

END_OF_DOCUMENT_TOKEN_TO_BE_REPLACED 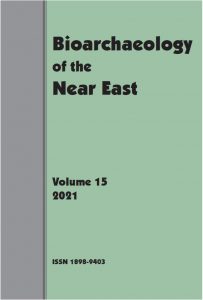 END_OF_DOCUMENT_TOKEN_TO_BE_REPLACED

Berdysyčran-depe, a hitherto wholly unknown and inconspicuous site located in Turkmenistan in the ancient Tedjen River (Hari Rud) alluvial fan, turned out to have hidden remains of the Oxus civilisation.

Just two days after the publication of the results, the news about the discovery by Polish archaeologists was described by the N+1 portal. Soon it was quoted across various services popularising science and internet forums. That prompted us to write about this discovery on the Archeowieści portal.

END_OF_DOCUMENT_TOKEN_TO_BE_REPLACED

In the Roman Imperial period commemorative inscriptions became omnipresent in nearly all aspects of social life, and the afterlife. Yet, quite suddenly, during the third century AD, this practice fell into decline. In the regions where the practice survived, it acquired a new face, and the so-called epigraphic cultures of Late Antiquity developed. Inscription took a new form with clumsier and less regular lettering, shaping, and their genres were now less diverse. Despite decades of research, beginning in the early 1980s, the reasons for this great transformation remain to be explained. The answer, however, may lie in the changing face of Roman workshops and how they shaped their clients’ tastes: “There is a pressing need to develop a wholly new approach to the study of cultural impact of the third-fifth century stonecutters’ and mosaicists’ workshops, a study which would encompass the entire Roman world,” said Dr Nowakowski from the Faculty of History, a laureate of the prestigious ERC grant.