The fifth edition of the “Poles in the Near East” conference begins tomorrow. During the meeting, over 50 researchers will talk about the results of archaeological and conservation work in the area from the eastern Mediterranean, including Cyprus, through the Levant, Asia Minor, Mesopotamia, Iran, the Arabian Peninsula, to the Caucasus and Central Asia. 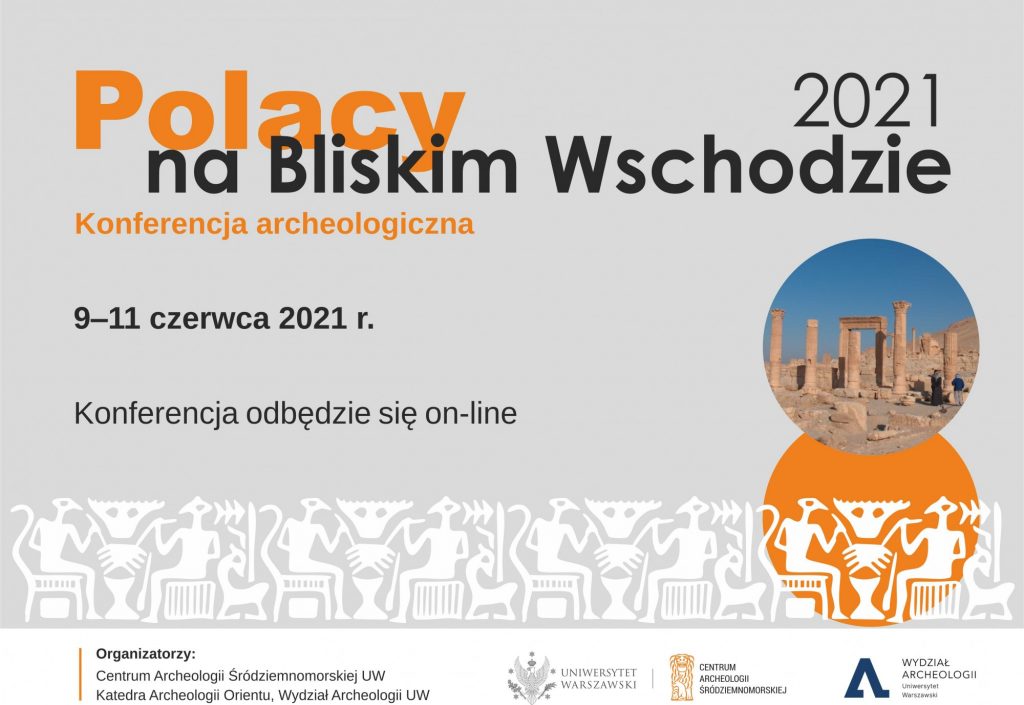 The conference will be opened with a guest lecture by Prof. John Lund,  a senior researcher and assistant keeper at the Collection of Classical and Near Eastern Antiquities in the Danish National Museum. Prof. Lund will deliver the lecture “Cypriots and Cypriot connectivity in the Hellenistic and Roman Periods: A diachronic perspective”.  The aim of this paper is to explore if fluctuations in Cypriot connectivity from the 4th century BC to the 3rd century AD may contribute to our understanding of Hellenistic and Roman Cyprus, and help explain why these two periods have often been perceived as being in some way different from what went before. In the Bronze Age, Cyprus is thought to have been an important trading centre. An active role has also been attributed to the islanders in the Iron Age, and the archaeological material and written sources suggest that things were not much different in the Archaic and Classical Periods. In the Hellenistic and particularly in the Roman Periods, by contrast, the evidence for Cypriots abroad and for Cypriot exports to the outside world seems less evident, which may imply that relatively fewer Cypriots were active in overseas trade in these periods than before. The paper offers, in conclusion, some tentative suggestions about the reasons for the apparent change in the Cypriot connectivity. 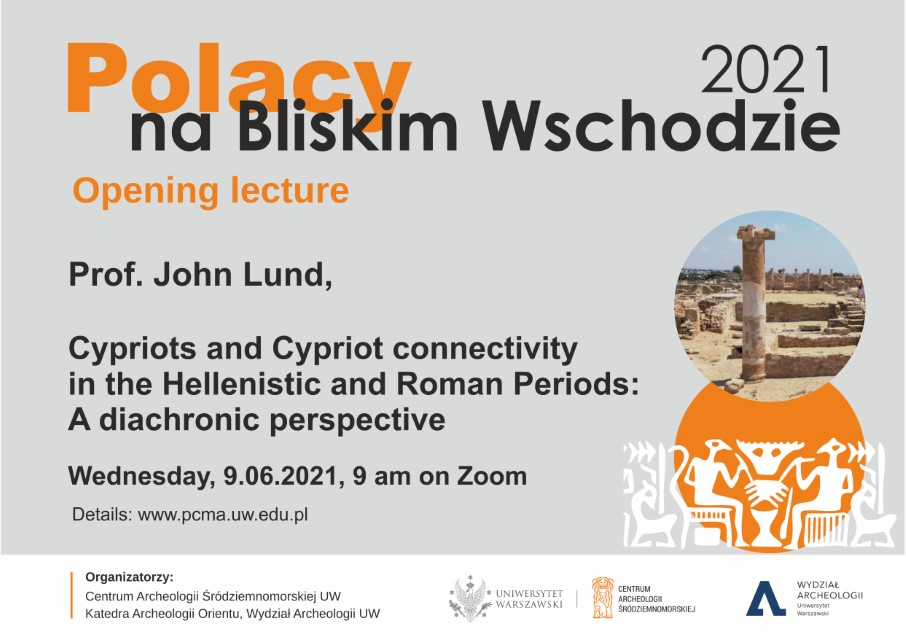 The first day focuses on the archaeology of Cyprus in the Hellenistic and Roman Periods. All 15 papers during this thematic panel will be presented in English.

On the second day, there will be a session focusing on the results of research in Iran and neighbouring countries (in English), followed by the first part of the session on prehistoric and pre-classical archaeology in ​​Oman (in Polish) as well as Mesopotamia and the Levant and contacts of these areas with Egypt and Egea (in English).

The prehistoric and pre-classical session will continue on the third day of the conference (in English). It will be followed by a session on the Antiquity in the Levant (in Polish), and the day will finish with a thematic panel on Islamic Archaeology with most papers revolving around the Arabian Peninsula (in English).

The conference will be held online, via Zoom. It is open to the public, but registration is required.

Conference is co-organized by Polish Centre of Mediterranean Archaeology and Faculty of Archaeology, University of Warsaw.