After a few months of pandemic delay, the new volume of Bioarchaeology of the Near East has been issued online. This time, there are four regular papers and five short fieldwork reports, as well as the obituaries of Holger Schutkowski and Alina Wiercińska, two longtime members of the journal’s Editorial Board who passed away in the last two years. 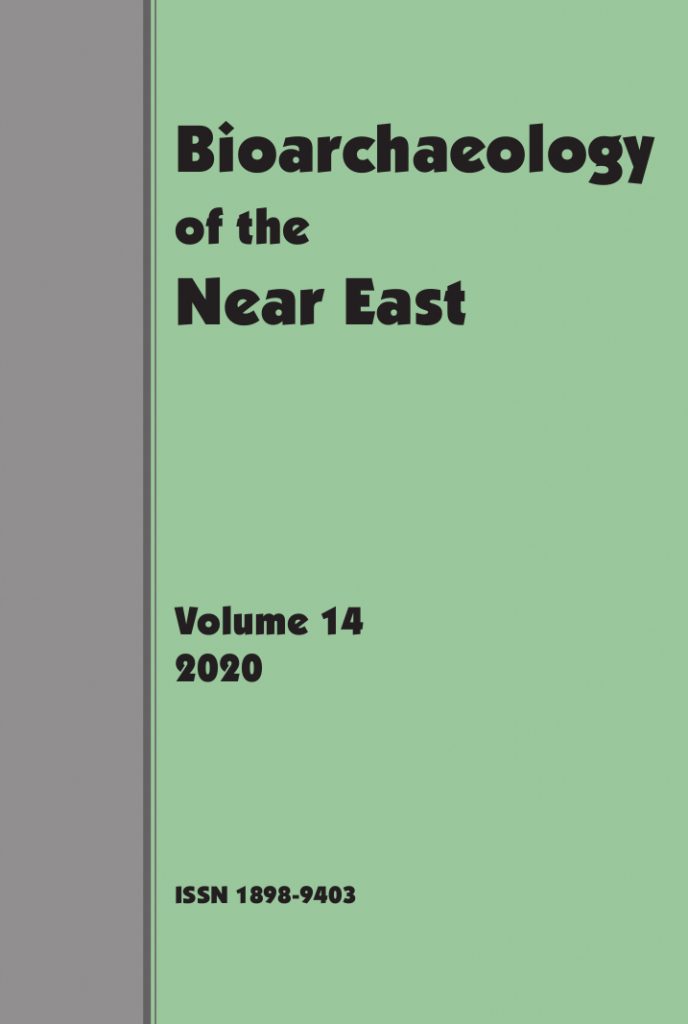 The first regular paper, authored by Gretchen Dabbs, introduces new multivariate equations for sex estimation that have been developed specifically for ancient Egyptian populations. Tested on human remains from Tell el-Amarna, famous mainly as Ekhnaton’s capital city, these new equations may be especially useful in research on poorly preserved or commingled collections of bones.

In the next paper Handan Üstündağ investigates entheseal changes in the upper limbs of the skeletons unearthed at Boğazköy, Turkey, known mainly as Hattusa, the capital city of the Hittite Empire. The cemetery under study is, however, much later and dates to the Hellenistic and Roman time when the local village population buried their dead in the ancient ruins. In documenting entheseal changes, Üstündağ noticed some differences between males and females, interpreting them as a consequence of the division of labour between the sexes.

Yossi Nagar and colleagues describe a single female skeleton found near Ashqelon, Israel, and dated to the Late Roman period. Although the bones were poorly preserved, it was an important discovery, as the body had been buried in a lead coffin and covered by a textile with gold threads, suggesting someone with high social status. This woman suffered from hallux valgus, a condition that is now common and known to be related wearing tight shoes, but in the past it was much more rare.

Finally, Aleksandra Grzegorska presents a catalogue of cremation burials in the southern Levant (i.e., Israel, Palestine, Jordan) and Lebanon. Although cremation is thought to be very rare in the Near East, the evidence gathered by Grzegorska suggests that there were three distinct periods when this burial rite was relatively common. In the Early Bronze Age, bodies of the deceased were cremated in caves and buried close to the funeral pyre. Then after more than a millennium, the Sea People (including Philistines and Phoenicians) reintroduced cremation into the Levant, this time with lesser evidence of funeral pyres. Finally, following Roman conquest of Palestine, increased rates of cremation burials can be seen as an associated indicator of this transition in cultural dynamic.

Together with regular papers, BNE 14 also contains five short fieldwork reports.
One is about three skeletons found at Bargat El-Shab in the western desert of Egypt. They were uncovered in tumuli dated to the Early Neolithic.
The next text reports basic data of more than 90 skeletons found in the Djerkare’s pyramid complex in Saqqara, Egypt. Although the complex was used during the Old Kingdom, the cemetery was dated to a much later period, namely the end of the second and early first millennium BCE.
The third short fieldwork report introduces skeletons from three sites near the 4th Cataract, Sudan, representing the time when the Meroitic Kingdom controlled the area during the time when the Roman Empire flourished in the north.
Finally, there are two texts about human remains from Iranian archaeological sites dated to the early first millennium BCE: Qareh Tepe in the Qazvin plain, and Lahsavareh in the Zagros Mountains.

The journal is available online under the Creative Commons licence.

This article may be freely reprinted with reference to the source.